The Do Not Go Gentle Festival based in Dylan Thomas’s home suburb of Uplands, Swansea, returns in November 2013 with an exciting and eclectic line-up.

Described by festival director Pierre Davies as “a festival Dylan might have liked”, the festival had a successful launch in 2012, and returns this year with local favourites and well-known names performing in a series of intimate and atmospheric venues around the Uplands.

This year’s line-up features a number of events with a Dylan Thomas theme.

Watch the 1972 big screen adaptation of the Dylan Thomas play for voices Under Milk Wood in the company of director Andrew Sinclair and Swansea’s own Dylan Thomas expert Jeff Towns. A Q&A follows the screening.

Music giant Bob Dylan claimed in his autobiography that his chosen name was a nod to the poet, Dylan Thomas, and Thomas’s poetry has been considered to be an influence on the work of the songwriter. David Boucher, author of Dylan and Cohen: Poets of Rock and Roll, and The Political Art of Bob Dylan, Jeff Towns, the owner of Dylan’s Bookshop, Swansea and famous collector and authority on Dylan Thomas; and Daniel Williams, an authority on Dylan Thomas and the Beat Generation, will, with the aid of audio visuals, illustrate and discuss these legendary icons of the twentieth century. 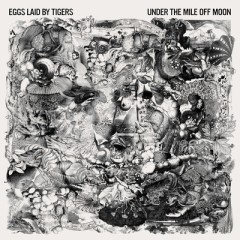 “I wrote wonderfully original things, like eggs laid by tigers” wrote Dylan Thomas, talking about his early poetry, This inspired the name of the Danish rock band Eggs Laid By Tigers who will be performing songs from their album “Under The Mile Off Moon” which puts music to the words of Dylan Thomas.

Authors short-listed for the 2013 Dylan Thomas Prize will read from their work. They will be joined by the 2006 winner Rachel Trezise.

A modern day take on Under Milk Wood which sees some of Dylan’s original characters transported to the present day with tragicomic consequences. The piece has been translated from the past by R H Croydon and arranged for six voices for a multi-media performance. The six performers will be accompanied by illustrative slides prepared by Huw Brys and recorded voices of the Dic Penderyn Mixed Infants School, Llanbrys and the Llanbrys Male Vice Choir.

The front bar of Mozart’s will be transformed into Dylan’s Cwtch, a Thomas themed bar complete with real ales named after characters from Under Milk Wood, music from the 1930s and 1940s, and a display of Dylan Thomas artwork by Swansea artist, Jeff Phillips. 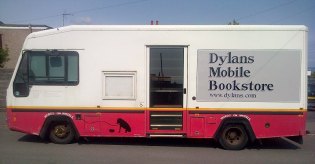 Dylan Thomas expert and bookseller, Jeff Towns, will be bringing along the mobile version of his famous Dylan’s bookstore with a stock of new and secondhand books.

Dylan’s birthplace at 5 Cwmdonkin Drive has been painstakingly restored in recent years, and the home where Thomas wrote much of his poetry is an atmospheric venue for events during the festival.

Other events include the performance poet John Hegley, Scottish funnyman Phil Kay, and actress Helen Griffin with her Edinburgh festival hit, “Who’s afraid of Rachel Roberts?”. Anyone who saw Helen’s memorable and moving performance as Caitlin Thomas last year will know they’re in for a treat.

A screening of the cult Swansea film “Twin Town” will be introduced by director Kevin Allen, there will be stand-up comedy from Mab Jones, and a performance from author Niall Griffiths.

Last year’s combination of an eclectic, original line-up, and the well-chosen, intimate venues, helped create a wonderfully atmospheric festival on Dylan Thomas’s old stomping ground, and I for one will be back again this year. The festival runs from the 1st – 3rd November in Uplands, Swansea.