February 2013 News Round Up & Forthcoming Events 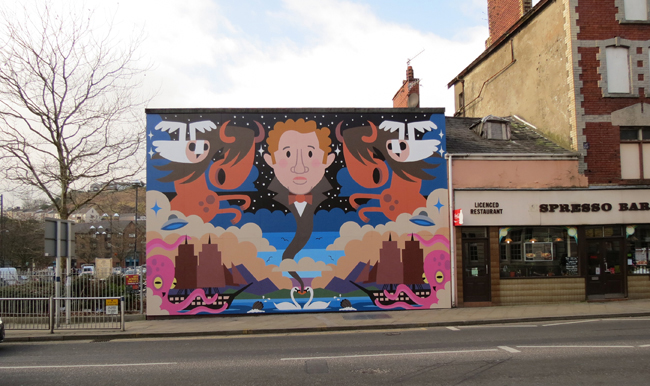 A derelict nightclub opposite Swansea railway station has been transformed by artist Pete Fowler‘s mural Portrait Of The Artist As A Young Octopus, which celebrates Dylan Thomas and features other symbols of Swansea’s heritage. The mural has been commissioned by Swansea public art charity LOCWS International ahead of the 2014 centenary.

Edge of Love to be screened on location in Tenby

Edge of Love, the film that portrays the tempestuous relationships of Dylan Thomas, Caitlin Macnamara, and Vera Killick, in wartime Newquay, is to be screened in the Tenby house where some of the location filming took place. The screening is part of the Rooms With A View pop-up film festival staged by Films4Tenby from March 15th-17th.

The Australian radio dramatisation by Lyn Gallacher of Douglas Cleverdon’s book about the development of Under Milk Wood, The Growth Of Milkwood, can be found here.

Following a campaign by the Western Mail, actor Richard Burton has finally been honoured by a star on the Hollywood Walk of Fame. Burton, who was buried with a copy of Dylan Thomas’ collected poems and made many memorable recordings of Thomas’s work, was nominated for Oscars seven times. The star was unveiled  in a ceremony attended by members of Burton’s family and acting stars of today including Michael Sheen who gave a speech to mark the occasion. 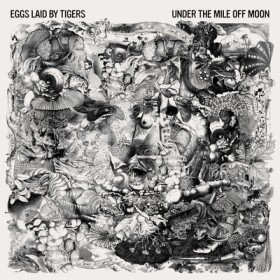 Danish band Eggs Laid By Tigers have set the words of Dylan Thomas to music on their album “Under The Mile Off Moon“. The band’s name is taken from a quotation from Thomas who wrote that he thought his early poems were  not imitations but were “wonderfully original things, like eggs laid by tigers”. Look out for the hidden image of Dylan Thomas on their album artwork.

Actress Susan Penhaligon who played Mae Rose Cottage in the film version has talked to us about her memories of the filming.

Rodney Bewes “A Boy Growing Up”

Former Likely Lad, Rodney Bewes, is touring his Dylan Thomas inspired one man show “A Boy Growing Up” from February. The show features a number of Thomas’s short stories.

John Abbott College Dept of Professional Theatre of Montreal, Canada, are staging a production of Under Milk Wood at the Edinburgh Festival Fringe. You can follow their exploits on twitter.

The annual festival weekend in the town that was the last home of Dylan Thomas takes place from the 5th-7th April. At this year’s festival, cartoonist and writer Martin Rowson will be drawing a cartoon of Dylan Thomas on the grass bank outside Laugharne Castle. 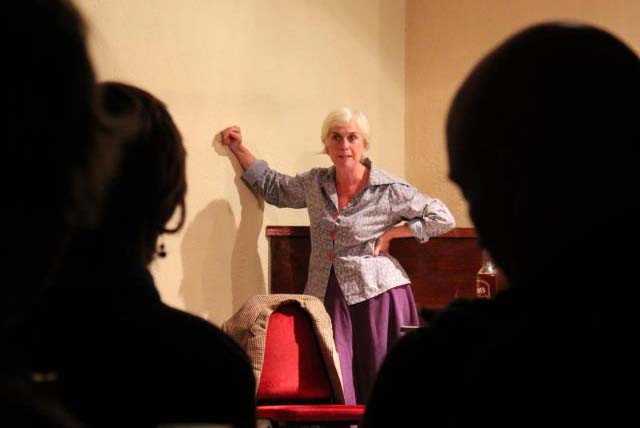 Helen Griffin performing her one woman show “Caitlin” at last years
Do No Go Gentle Festival. Photo by Ami Marsden

Like Loading...
‹ Susan Penhaligon talks about the filming of Under Milk Wood
At Home With Dylan Thomas ›